Get this book in print

From inside the book

What people are saying - Write a review

We haven't found any reviews in the usual places.

2 other sections not shown

Other editions - View all

References to this book

Charles Louis Schultze was born in Alexandria, Virginia on December 12, 1924. During World War II, he served for three years in the Army and was awarded a Purple Heart and Bronze Star. He received a bachelor's degree in economics and a master's degree in economics from Georgetown University and a Ph.D. in economics from the University of Maryland. He was on the staff of the Council of Economic Advisers from 1952 to 1959, then left to teach at Indiana University. He was worked as deputy budget director under President John F. Kennedy, budget director under President Lyndon B. Johnson, and chief economic adviser under President Jimmy Carter. He was a research scholar at Brookings Institution in Washington for 45 years. He wrote several books including Memos to the President: A Guide Through Macroeconomics for the Busy Policymaker. He died on September 27, 2016 at the age of 91. 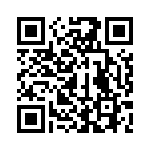